This page provides an overview of key intelligence on the impact to date of COVID-19 on our economic output, our people and our businesses.

We will use this information to guide our response, ensuring that we can protect and boost the SELEP economy in the short, medium and long term.

It outlines the clear opportunities and needs of the SELEP area and the actions that we will take to drive the South East into new economic growth as the country recovers from the COVID-19 pandemic and establishes new ways of working internationally following the EU Transition.

This page will be updated monthly.

Working Together for a Faster, Smarter and More Sustainable Economic Recovery 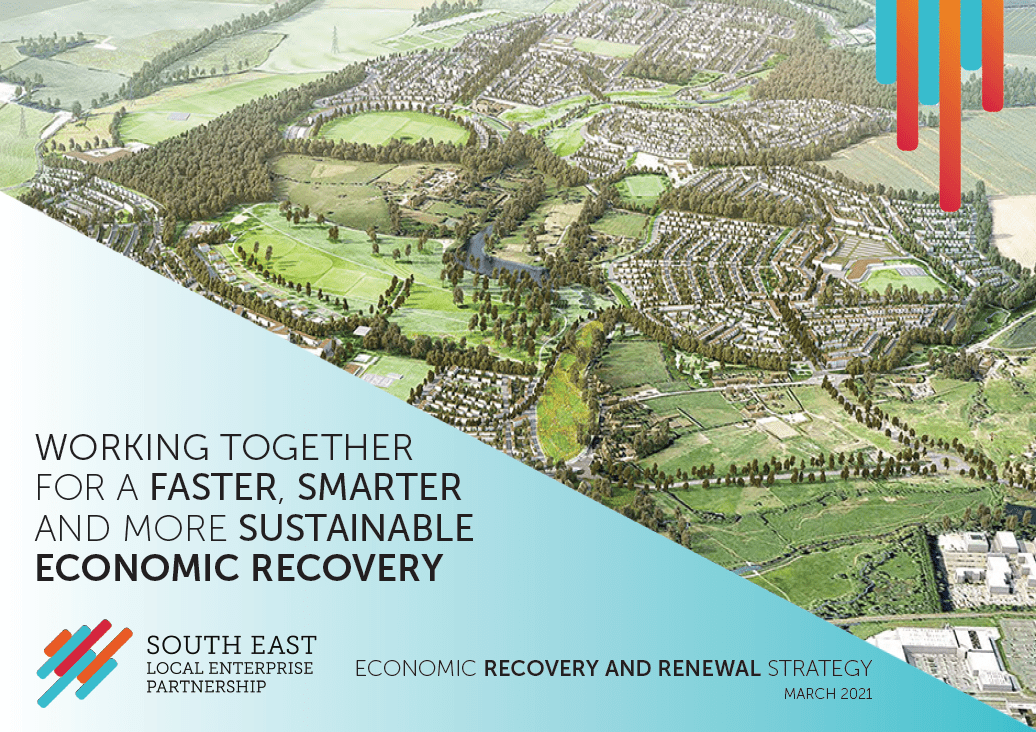 The number of employee jobs on furlough through the Coronavirus Job Retention Scheme (CJRS) reduced to 81,700 at the end of August. This was 4.6% of resident jobs and was 13,400 down from July, and 200,500 down compared with the previous peak at January month-end.

A total of 79,900 claims were made for Grant 5 of the Self-Employment Income Support Scheme which was 32% of the potentially eligible self-employed. This compares to 57% for Grant 4 and 77% for Grant 1.

The percentage of working age people (aged 16 to 64) included in the Claimant Count reduced to 4.4% in September down from 6.2% in February. This was the lowest rate seen since last April but still much higher than the 2.8% last March. The claimant rate for younger adults aged 18 to 24 has shown a good reduction down to 5.3% compared to 5.1% for those aged 25 to 49, with the gap between age groups significantly reduced.

PAYE payroll numbers for September were 0.6% above the February 2020 level, having increased significantly in recent months, and are now 64,000 higher than the low point in November.

Since the beginning of the pandemic, local authorities across SELEP had issued £1,533.1 million in coronavirus support grants to small and medium sized businesses up to the 29 August. Since November, a total of £499.7 million has been paid out through the Local Restrictions and Additional Restrictions grant schemes, with a further £188.9 million of grants issued through the Restart grant scheme.

Up to the end of March over 114,000 loans have been taken up by businesses across SELEP with a total value of £4.87bn under the government’s two largest Covid-19 business loan schemes, the Coronavirus Business Interruption Loan Scheme (CBILS) and the Bounce Back Loan Scheme (BBLS). Average loan size was £240,000 for CBILS and £30,000 for BBLS.

UK economic output, as measured by Gross Domestic Output (GDP), grew by 5.5% in the second quarter of 2021 to reach 3.3% below pre-pandemic levels.

Service sector output continued to increase during August, although the growth rate is now slower than that seen earlier in the year. Output for August was 0.6% below the pre-pandemic level in February 2020, compared to 9.3% below in January.

Since September last year there has seen a significant increase in the UK rate of new company formations. However, business demography data for active businesses showed a net loss of 8,500 businesses in the quarter to June, with the annual growth rate of active businesses reducing since the start of the pandemic.

Seasonally adjusted UK payroll job numbers from HMRC Pay as You Earn Real Time Information systems increased significantly from April through to September to reach 29.2 million, which was 0.4% higher than in February 2020.

There has been a significant increase in wage rates in the 12 months to August 2021 with the largest increases being in Professional Services and Information and Communication.

Job vacancy levels across the UK have increased steadily since February and in September were 42% above pre-pandemic levels, reaching an all-time high.

The number of jobs in the UK on furlough decreased slightly in August to 1.3 million, down from 1.6 million the month before.

Across the UK, 1.09 million claims were made for Grant 5 of the Self-Employment income support scheme, which was 33% of the potentially eligible self-employed population, and down from 77% for grant 1.

*Please note that for data relating to national schemes, previous months’ volumes are subject to change as counting and reporting methodologies are improved over time. Therefore, any supporting narrative and trend analysis provided by SELEP will refer to the most recent figures available.